How Stand-Up Comedy Alleviated My Stutter

Since I was seven years old, I have had a stutter. I never know what to say what to say when curious minds asked how it started, though.

I was always a sensitive, even nervous, kid who had a tendency to worry about things that never ended up happening. In any case, stuttering has been a cog, if you will, for much of my life. That’s not to say, however, that it defines me necessarily.

As you may imagine, there have been plenty of times when my stuttering has been a detriment — a roadblock, if you will — to accomplish routine goals like ordering off a menu, speaking on the phone or, heck, even striking up a conversation with a potential love interest.

Conversely, however, there have been times when I was glad to have a stutter. Okay, maybe not in the sense that I was excited, or even arrogant, about it, but rather knowing that something so unique could really work to my advantage. Enter my interest in stand-up comedy.

After my oldest brother had performed on stage himself for a few years, I was excited at the prospect of being up on that stage myself. At the time, I was also reading books on fluency given to me in speech therapy. I had read that speaking and performance came from two different parts of the brain, thus there is no stuttering with the latter. This goes for comedians, singers and actors. Carly Simon and James Earl Jones immediately come to mind but there are more examples of stutterers who thrive while performing.

So, after contemplating my pursuit of stand-up comedy for a couple of years, 2006 came along.

Early that year, I was between jobs. To make matters worse, we were in the middle of a province-wide college strike. So, with no work and no school, I really had nothing to do. So, why not pursue comedy? Even if it was just to get out and feel a bit better by being on stage, so be it. If I bombed with some lame jokes, then at least I had something to build on. Nevertheless, I went to Yuk Yuk’s in Ottawa, checked out a show and met the manager. The following Wednesday (which was amateur night), I was up there and from what I remember, I did a decent job. A few jokes I lost and a few, like my diabetic girlfriend one, was well-received despite not being the most tasteful joke. Still and all, it was a success. So, the next week and so on, I kept going back to Yuk Yuk’s, trying out new material and, of course, garnering some confidence as my stutter was, for all intents and purposes, nonexistent. 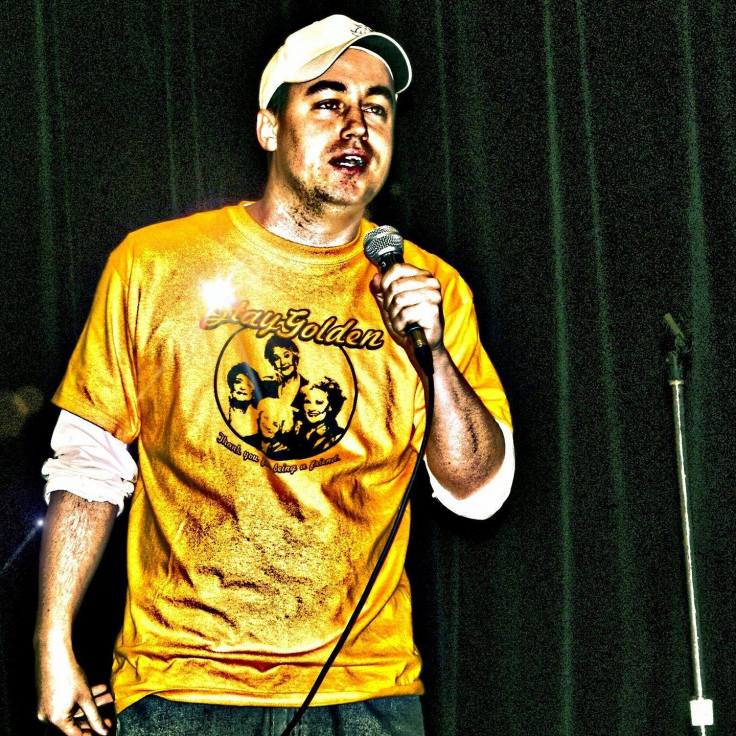 I would lose interest in performing after a few years but just being up on that stage made me feel good, like for a few minutes a night, no one knew that I stuttered (not that I cared if people did know). There were definitely some brief moments where I contemplated pursuing stand-up comedy as a career but for the most part, my mission was to get out and feel good. In fact, once I moved to Toronto, I began broaching my stutter, poking a bit of fun at myself. I even joked that I meant to drive to Montreal but, thanks to my stuttering GPS, I wound up in Winnipeg instead.

Stuttering remains a prevalent part of my life but in the years since I’ve been on stage, I’ve learned to adapt in different ways. This includes my career as a sportswriter which I will get into later.

Long story short, the moral of the story is to not treat any disability, shortcoming, whatever you’d like to call it, as an obstacle. Use it to your advantage instead but be patient. If you don’t have an idea right away, don’t fret as it’ll come to you — sometimes at an unexpected time.

Take it from me: You’ll be glad you took this approach.